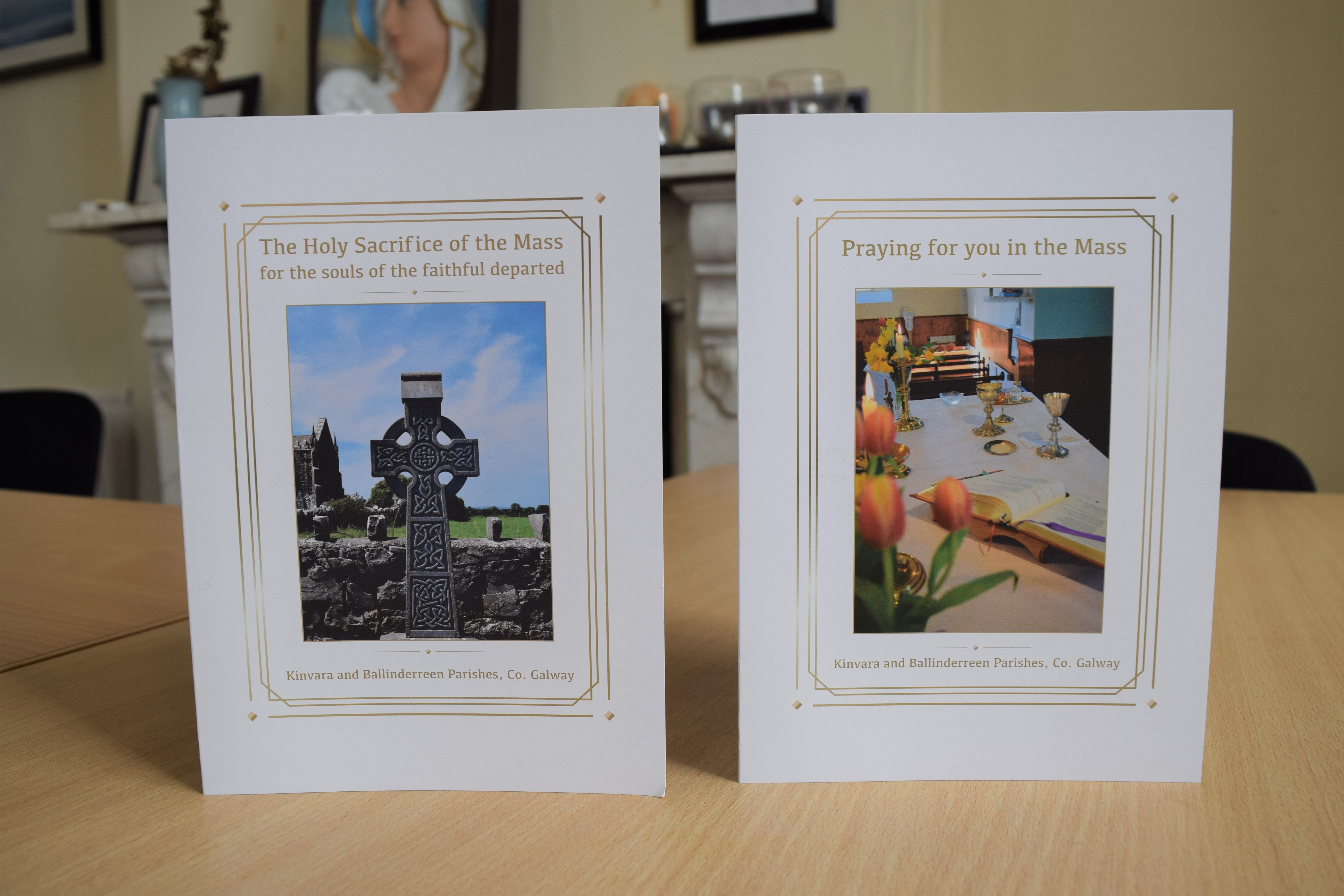 A new arrangement for Mass cards for the deceased and for intentions has now begun in Kinvara and Ballinderreen Parishes, and new cards have been produced (see photo). The previous Bishop, Bishop Brendan Kelly granted permission for these two parishes for shared Masses to be celebrated for those to whom the cards are sent.

One Mass per month will be offered for those for whom the Mass cards for the deceased are requested, and one Mass every two months for those included in the Mass for particular intentions (e.g. get well, exams, birthday, wedding anniversary, etc.) The standard offering for the Mass cards will be €5 and this will go towards the mission of the parish and upkeep of the Churches. The dates of the Masses will be announced in advance, so people who would like to attend will have that possibility.

Thank you for your patience while we had paused the Mass cards during the pandemic, and got the new arrangement worked out.

A separate matter then is the booking of anniversary Masses, months minds, etc, which can be arranged with Catherine, the Parish Secretary either in person by calling to the office, or by telephone 086 85 77 644 or by email bkoffice@parishes.galwaydiocese.ie

Please note: Check "Mass Times and Intentions" on the newsletter for up-to-date information on daily Masses